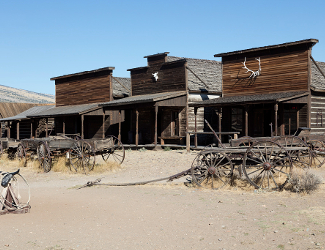 On this page we're going to Spotlight the lesser known historic sites and attractions that dot the history landscape across the USA and are worth a visit if you're in their area. And while they may be lesser known, some are very unique, and will be that rare find. You'll be, at times, on the ground floor, or maybe even know something others don't. It'll be fun. Visit them. 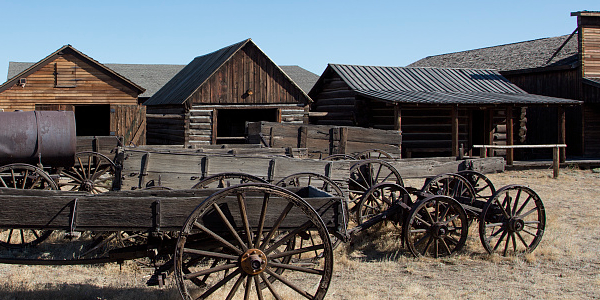 At one time, not that long ago, the legacy of Buffalo Bill Cody and the Wild West shows he plied across the world were a highlight known by all, just as those of the circus kind knew of P.T. Barnum, even before a musical movie named the Greatest Showman. And if Barnum were actually the greatest, he certainly had one man, one western man, who gave him a run for his money. In 1895, William Cody founded a town in Wyoming, five hundred and fifty miles or so west of his Scout Rest Ranch in Nebraska that had begun his wild west show days. Today, you can visit his legacy in a plethora of western themed museums that will boggle your western heritage mind. And, at the end of your stay, you might just be placing Buffalo Bill Cody above that Barnum guy in the Greatest Showman on earth category, circa the turn of a previous century. Photo above: Old Trail Town, Cody, Wyoming, 2015, Carol M. Highsmith. Courtesy Library of Congress.

Sponsor this page for $100 per year. Your banner or text ad can fill the space above.
Click here to Sponsor the page and how to reserve your ad.

Info, What's There Now, History Nearby 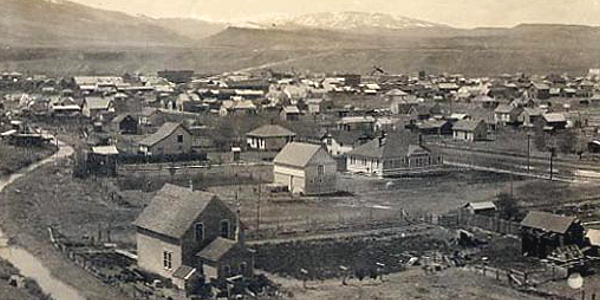 So, how famous was Buffalo Bill Cody? There were two hundred dime novels (yes, because they cost one dime to buy) written about him. He had led such a colorful life, born 1846, that by the time the town of Cody was founded in 1895, he had been a buffalo hunter for the Kansas-Pacific Railroad, providing 4,280 buffaloes as meat for the workers over his seventeen months of employment, rode the Pony Express, been a scout for the Army, and had gained even more attention for his Wild West Shows.

Mountain men and cattle ranchers had been in the area around Cody for decades before one cattle rancher, Jim Carter, established three thousand head of cattle on a farm nearby in 1879. Cody's first trip to the interior of Wyoming came in 1882, and it is suggested that this trip augered for his return due to the beauty of the land. In 1894, he purchased the Carter ranch and moved to the area. By 1895, the town of Cody had been planned by entrepreneurs Beck and Auger, whom Cody joined in its establishment. The first building was constructed in 1896. By 1903, Cody had ten saloons and three hotels, the Hotel Irma owned by Buffalo Bill himself, named after his daughter. By 1910, there were 1,132 residents. Today there are nearly ten thouand.

Image above: View of Cody, Wyoming, circa 1910. Courtesy Wyomingtalesandtrails.com. Below: Chromolithograph of Buffalo Bill's Wild West and Congress of Rough Riders of the World, Courier, 1899, courtesy Library of Congress. 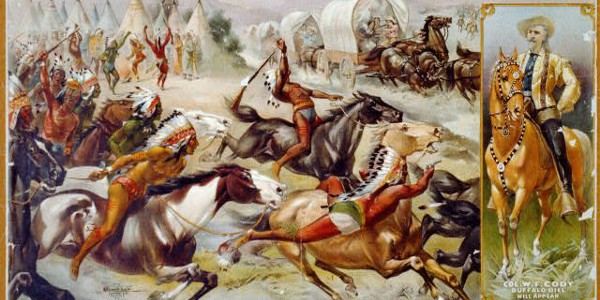 Cody, Wyoming is located in Park County, Wyoming, just east of Yellowstone National Park along Route 14, about twenty-five miles from its entrance, or a bit over one half hour.

Great Book for the History Fan with Fifty Short Essays Telling the Story of American History.

What is There Now

The Buffalo Bill Center of the West is a complex of five museums near the center of Cody. The museums include the Draper Natural History Museum, the Plains Indian Museum, the Cody Firearms Museum, the Whitney Western Art Museum, and the Buffalo Bill Museum. Old Trail Town, a collection of twenty-five historic buildings, is another fantastic site for the western history fan. It is located along Route 14, a marvelous attraction to visit for Wyoming heritage.

When Open and How Much

The Buffalo Bill Reservoir and Buffalo Bill Dam are located toward the entrance to Yellowstone, about six miles from the town. It was the highest dam in the world when constructed in 1910. Irrigation and water rights in the region had been a vision of Buffalo Bill, although he had not been able to achieve this and sold out in 1904. Boating, fishing, and camping are available there, plus a visitor center that covers the topic of the Shoshone Irrigation Project. 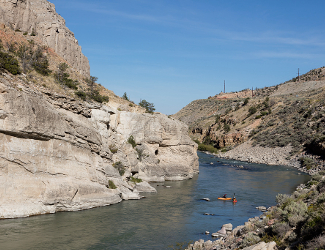 Museums and More To Do

Buffalo Bill Museum - Part of the Buffalo Bill Center of the West, this museum covers the life of William F. Cody, as well as other historic figures, both real and fictional, of the American West.

Draper Natural History Museum (BBCW)- It's the ecosystems of western Wyoming in this museum about the site and smells of the area.

While the museums about the western heritage of Cody, Wyoming, and Buffalo Bill Cody himself may be the impetus for your visit, the area surrounding Cody is replete with activities a bit more adventurous. Kayaking on the river surrounded by Shoshone Canyon is just one; another is the sad history of the Heart Mountain War Relocation Center, seventeen miles east. It was an internment center for Japanese Americans during World War II. 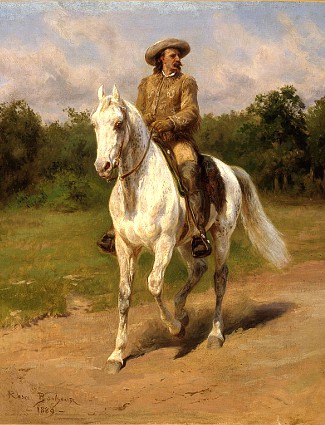 Buffalo Bill and His Shows

For nearly fifty years, the Buffalo Bill Wild West shows, in various incarnations, entertained men, women, boys, and girls from the cities of the United States to Europe.

What was his first? On July 4, 1882, Buffalo Bill hosted what is thought to be the first rodeo in the United States at his ranch in Platte, Nebraska. It was known as the Old Glory Blowout.

What was his final tour? Buffalo Bill took his wild west extravaganza out in 1916 with the Sells-Floto Circus. 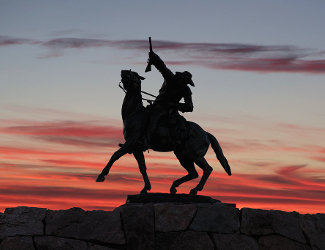 The famous Buffalo Bill statue, known as the Scout, was constructed in 1924 by the town of Cody as a tribute to one of their founders and most famous resident. Cody's ranch would grow to over eight thousand acres outside town.

The statue was designed and built by Gertude Vanderbilt Whitney, a friend of Cody's niece, Mary Jester Allen, who initiated the project. The statue is located outside the five museum complex, one of which bears the name of the sculptor, as the Whitney Art Museum.

Photo above: Statue of Buffalo Bill in Cody, Wyoming. Located at the Buffalo Bill Center of the West, 2015, Carol M. Highsmith. Courtesy Library of Congress.

T-Shirts and Gifts from the official souvenirs of Americasbesthistory.com. 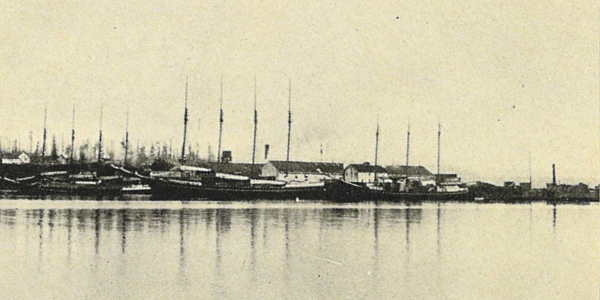 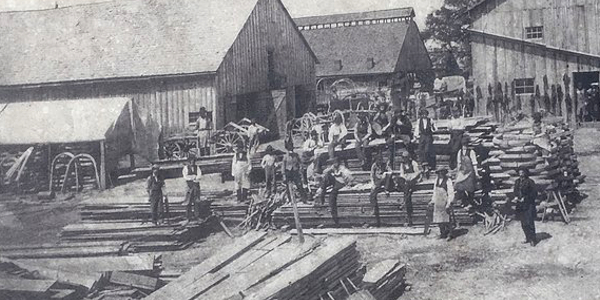 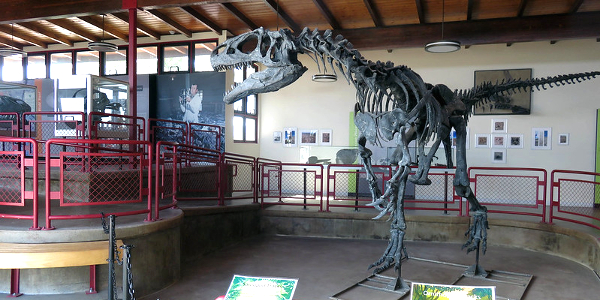